Willyerd Collier ’75 doesn’t want to feed any perception that he’s at Wabash simply to return the Malcolm X Institute back to the ‘good ol’ days” when he was a student. 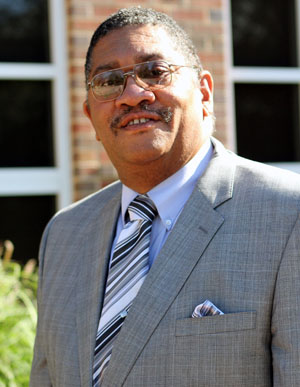 Still, the new MXI Director believes there is much to be learned from long-time Institute director Horace Turner’s model of running the center focused on African-American students.

“I don’t think there is anything wrong with the original vision of the Institute,” Collier said. “I think it has to be tweaked for 2013. What we’re going to be about it is tweaking the vision to provide support for African American students, in general, and to provide a window for the larger community to understand those African American students.

“That’s as relevant today as it was articulated before I got here in 1971.”

Collier had served on the Wabash College Board of Trustees the past four years. He has resigned that post to become the MXI director.

President Gregory Hess appointed the East Chicago, Ind., native earlier this summer and challenged him to help develop a “fuller understanding of the Institute, its constituents, and its history” before the College began a national search for a new director.

“I have specifically charged Willyerd with the task of reaching out to students, faculty, staff, and alumni so that we can plan for the Institute’s future with as many voices represented as possible,” Hess wrote in making the announcement. ”I’ve also charged Willyerd to help me and Wabash think much more broadly about inclusivity in all its forms.”

Collier agreed to take the position and finish his career at Wabash. The initial appointment is for two years, he said. “I thought it would take two years to put the Institute back on firm footing in student affairs where students come first,” he said. “That’s what I think has been missing since Horace Turner retired and that’s what needs to come back for the benefit of all concerned.”

He’ll search for that footing by talking to alumni who preceded and followed his time at Wabash. Of course, he’ll also be talking and listening to all campus constituencies in building the MXI of 2013 and beyond.

“You can’t just say we’re going to do the things we’ve always done. You can’t do it that way. My job is to listen to all parties who care about Wabash and to listen intensely to the students here right now. My job is to listen to the faculty and staff members who’ve been involved in supporting the students and Institute in recent years and to find the sweet spot. I think there is a sweet spot to be found.” 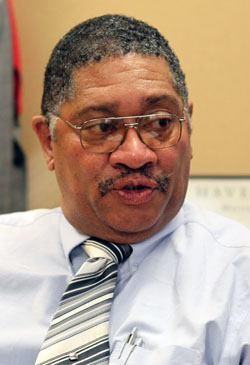 He makes clear the Institute is not an academic department.  He also comes out of his chair talking about working with students and what they can expect.

“I think students can expect that I get it,” he said. “I get it. When it comes to the basic needs of some students who are culturally different from the majority of students to have a place they can go after hours and just fellowship – I get it.”

He made clear he has no reluctance to get in a student’s ear and ask why they’re not participating in athletics, the glee club, or writing for the Bachelor.

One of the first tasks on his agenda is keeping the MXI building open into the evening and not locking the doors at 6 p.m. He envisions more activities and programs deeply involving MXI alumni on a number of levels.

He sits back and marvels though at the thought of working at Wabash to cap off a remarkable career.

“I never thought I was going to have this opportunity in a million years,” he said, head shaking. He first talked about being near his aging parents in East Chicago instead of a 10-hour drive.

“I feel like the luckiest person in the world to have an opportunity to cap off a 25-plus year experience in higher education and to cap it off where I started. My wife (Marta) and I were married my senior year. We spent our first year on East Main Street in a little apartment with a Murphy bed. That’s where we started. But to come full circle, to come back, and to contribute to the institution, that is special.”